END_OF_DOCUMENT_TOKEN_TO_BE_REPLACED

Watch gold for the break-out...

WHILE gold is very close to a major breakout (in price) its strength has not filtered down to silver yet, writes Jordan Roy-Byrne at TheDailygold.com.

Gold is 3% away from a major breakout and comfortably above its long-term moving averages. However, silver is well below its 2016 high and is currently battling its 200-day moving average.

But that is okay. Silver typically lags and underperforms gold until gold gains momentum or breaks key resistance. A major breakout in gold this year and its effect on silver is just one reason why silver could have a big year.

If and when silver breaks above its 2017 highs, we can declare its bear market over (in terms of time). The chart below plots all of the major bear markets in silver. They all end at the point when silver begins to make higher highs and rises in an impulsive fashion.

Silver's bear market starting 2011 has been the second worst by price and potentially the worst in terms of time. 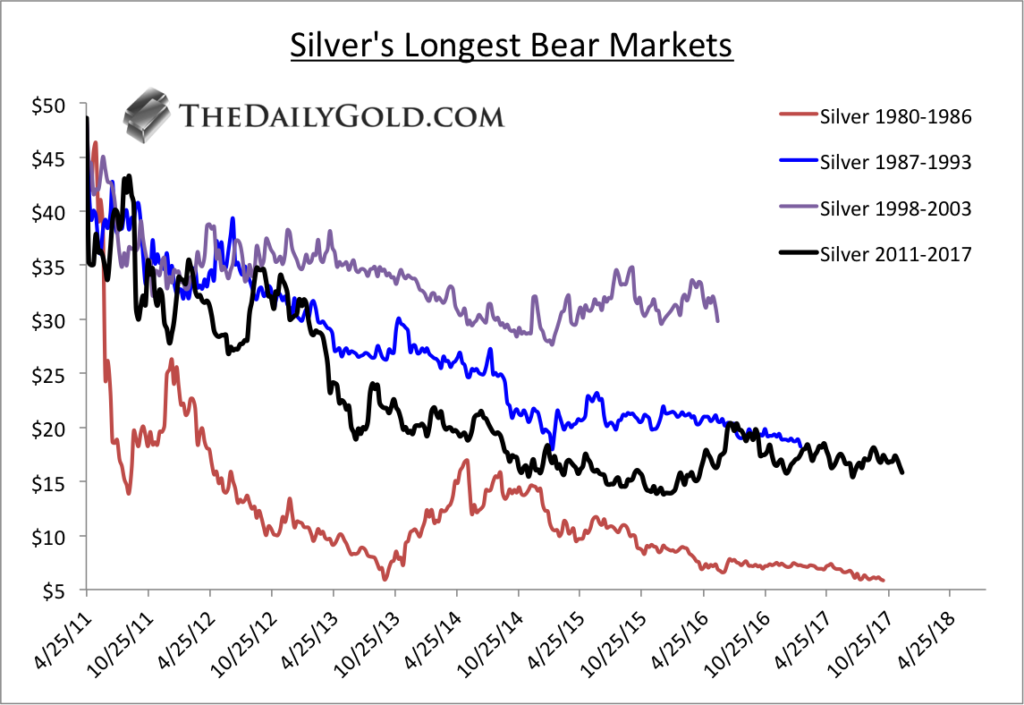 The next chart shows the rebounds in silver from the endpoints in the previous chart. From the three endpoints silver rebounded significantly in the next 12-15 months.

We also included the 2008 crash from which silver rebounded 100% in the following 13 months. 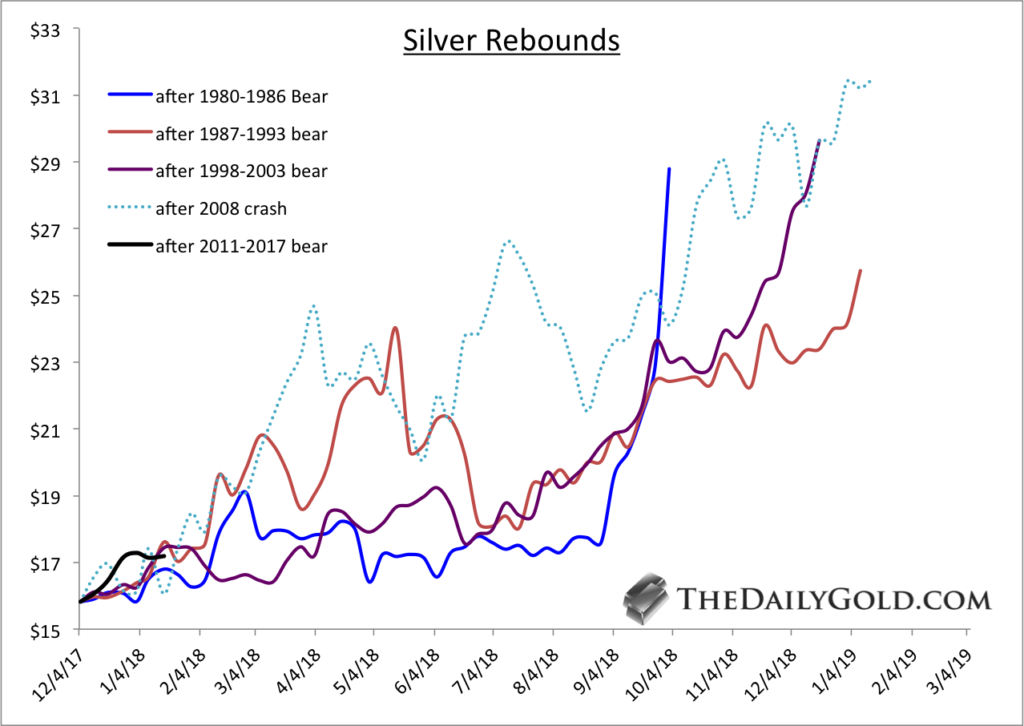 Turning back to the present, we find $20 on a monthly closing basis to be the most significant resistance for silver. The chart below is a plot of monthly closing prices.

It is quite clear to me that a monthly close above $20 (the 2016 high) could kickstart a good run for silver. 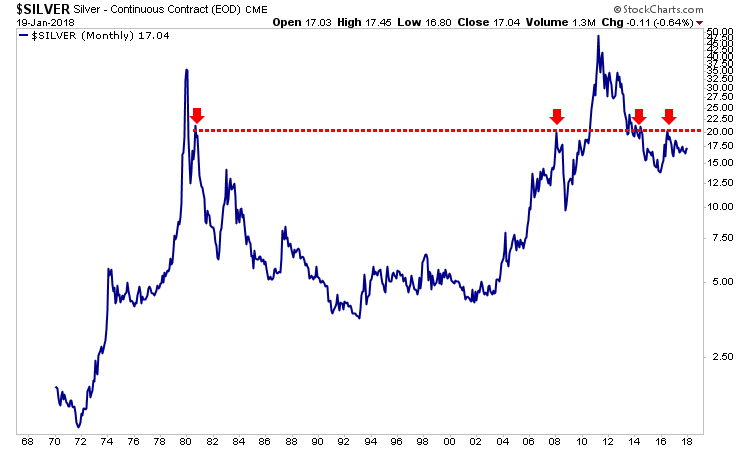 Moving from the very long-term to the present, we note that silver faces initial resistance at trendline 2 as well as the 2017 highs near $18 per ounce.

That stands between silver at present and the important $20 resistance (which is also shown at trendline 1). 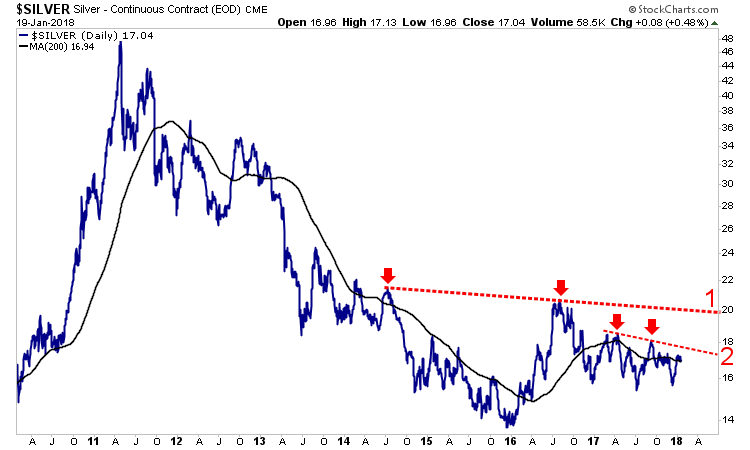 Silver has often rebounded nearly 100% within 12-15 months after bad and long bear markets. History says silver is ripe for a similar move.

Since silver follows gold, a breakout in gold could be a huge catalyst for silver to test and break resistance at $20 per ounce. If that happens, silver would be on its way to another, typical substantial rebound.

It has happened before and we expect it will happen again. We already own a few juniors with the best silver deposits but we continue to look for junior explorers and silver plays with 5 to 10-fold potential that could benefit from a breakout in precious metals.