END_OF_DOCUMENT_TOKEN_TO_BE_REPLACED

What do you need to manufacture good times? A lie, a leader, and a crowd...

ALL IN ALL, it seems, the sense of imminent Armageddon has abated.

But we reckon the culmination of all the recent trends is still in place; it's just later down the line. That culmination includes a liquidation low for stocks, and a much higher high for Gold Prices.

Between now and then, there will be a spirited battle between inflationists and deflationists, buyers and sellers, and the Fed and Gold.

The psychology of investment has a lot to do with the "social mood" as Bob Prechter says. The market reflects how people are feeling. Social mood leads the market. Right now, we reckon the market is moody, which means investors are moody. They are weary of losses and would like a return to the good times. Bernanke seems happy to oblige.

What do you need to manufacture good times? You need a lie, a leader, and a crowd. All three seemed to come together last week.

The lie? That the bear market in credit is over, bank losses and bad news are fully priced into stocks, and that the Fed is in control.

The leader? Ben Bernanke. Every revolution needs a strong man, and while Bernanke is an unlikely revolutionary, he's taken the Fed to places Alan Greenspan never dreamed of.

Check out the cover of the latest issue of Business Week and you'll see the striking resemblance between Ben Bernanke and another famous socialist and advocate of government intervention in markets, Vladimir Lenin. 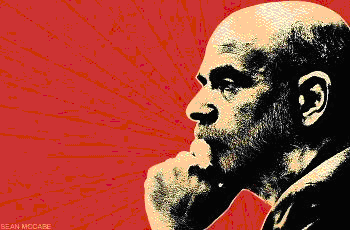 Separated by decades, but ideologically joined at the hip?

Finally, there's the crowd, meaning anyone willing to go along with charade. There are a lot of useful idiots out there right now, willing to buy financials and sell commodities.

Yet like last September, this seems to be the kind of rally that allows insiders to sell and recoup some losses, while the public goes all in, wishing to be clever and call the bottom.

All successful lies come from an idea that the crowd latches on to. The French psychologist Gustave Le Bon, writing in 1895, said there are two types of ideas, the accidental and the fundamental. "Accidental and passing ideas [are] created by the influences of the moment: infatuation for an individual or a doctrine, for instance."

The other class of ideas are, "fundamental ideas, to which the environment, the laws of heredity and public opinion give a very great stability; such ideas are the religious beliefs of the past and the social and democratic ideas of today."

Today's accidental idea is that the Fed's particular plan can undo the damage of ten years of mis-allocated credit. It is a dangerous idea only if you allow yourself to believe it. The more dangerous idea is the fundamental idea behind the Fed. It is the big lie behind the entire modern financial system, the idea that a committee of men knows what the price of money should be all the time.

It's the lie that led million of people to take out mortgages they can't repay and led to those mortgages being re-sold to investors as "triple-A" quality bonds.

Quite simply, it's the great financial lie of our times. And we wouldn't expect it to go down without a fight.