END_OF_DOCUMENT_TOKEN_TO_BE_REPLACED

Glass-making, chemicals and fuel cell use to grow...
2023 is forecast to be the second strongest year for industrial platinum demand on record, says the World Platinum Investment Council in its latest 60 Seconds report.
That's despite the challenging economic conditions now prevailing. Indeed, demand is expected to climb 10% from 2022 to 2,316,000 ounces, with a notable increase in demand from the glass industry.
The robustness of the 2023 industrial platinum demand forecast is rooted in strong and diversified foundations which leave it well-insulated from the nearer-term recessionary outlook. To put this in context, 2021 was a record year for industrial platinum demand, reaching 2,450 koz. This was primarily due to significant glass manufacturing capacity expansions which were not repeated to the same extent in 2022, resulting in a 14% reduction in demand last year to 2,110 koz.
Again in 2023, much of the predicted growth in industrial demand for platinum is due to capacity expansions in the glass industry which have already been committed, meaning they are likely to go ahead irrespective of economic conditions, so providing a high degree of certainty.
Driven by anticipated growth in capacity expansions in China, as well as fibreglass plant projects in Egypt, platinum glass demand is expected to jump by 52% to 481 koz in 2023 – more than double the level in pre-pandemic 2019. This reflects the growing role of glass fibre reinforced materials in reducing carbon emissions, in applications such as vehicle light-weighting and wind power.
In other industrial demand sectors, continued strong chemical, medical and other demand are also likely to more than offset weaker outlooks for the petroleum and electrical sub-sectors this year. 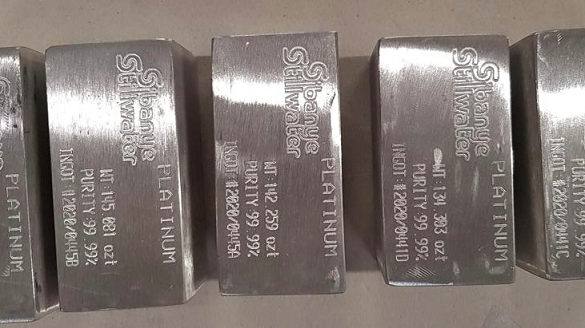 In the chemical sector, demand is forecast to increase by 6% to 666 koz in 2023, albeit remaining similar to the five-year average. Following a turbulent three-year period from 2020 to 2022, the nitric acid industry is expected to recover, becoming the largest contributor to overall growth in chemical platinum offtake.
Elsewhere, faster development of Chinese propane dehydrogenation capacity (following a slow 2022) and expanded capacity in North America, Poland and Kazakhstan, will add to platinum demand. Platinum use in the paraxylene and silicone markets will remain broadly level year-on-year. The slowing economic outlook and elevated gas prices are expected to weigh on European silicone demand, offsetting improvements in China and other emerging markets.
Meanwhile, platinum demand from the petroleum industry is projected to decline in 2023 by 10% to 180 koz, with the International Energy Agency downgrading expectations for oil demand due to the slowing global economy.
Medical demand is expected to resume its growth trend as the impact of the pandemic recedes, with forecasts showing a three per cent increase to 283 koz, surpassing the 2019 pre-pandemic level for the first time. Emerging markets, notably China and India, will see the greatest increase in demand due to their high-growth medical industries.
Other industrial demand is expected to rise by 3% to 599 koz in 2023. While the improvement in demand for spark plugs and sensors are the main drivers for the growth here, the contribution from the hydrogen economy, albeit from a low base, is also growing. In 2023 demand from stationary fuel cells will increase 24% and PEM electrolyser demand by as much as 129%.
Attachments: