END_OF_DOCUMENT_TOKEN_TO_BE_REPLACED

Why the legendary Swiss investor has a special picture of Ben Bernanke...

The ANNUAL CONFERENCE of the London Bullion Market Association always includes great presentations from the biggest players in gold and silver, writes Adrian Ash at BullionVault.

Being in Hong Kong this year, the world's premier event for the bullion industry also got lots of great insights from genuine Asian insiders – ICBC, Kotak Mahindra, the People's Bank of China no less.

"When the People's Bank speaks it pays to listen," as Tom Kendall of Credit Suisse put it in his conference summary.

"Especially when it talks about gold."

But the star of the show, at least by popular vote at Tuesday's close, was Swiss ex-pat and long-time Asian resident, Marc Faber.

If you know his work, you can guess his theme – what doom and gloom mean for the boom in gold. Starting, of course, with the unintended consequences of constant government meddling.

"Continuous interventions by governments with fiscal and monetary measures, instead of smoothing the business cycle, have actually led to greater instability. The short-term fixes of the New-Keynesians have had a very negative impact, particularly in the United States."

Faber's big beef is with US Federal Reserve chairman Ben Bernanke. But "numerous Fed members make Mr.Bernanke look like a hawk," he said. Nor does it matter who is running the White House. Because thanks to welfare and military budgets, "spending is out of control, tax is low, and most spending is mandatory."

So Federal Reserve policy is inevitable, Faber went on, and while we haven't yet got the negative interest rates demanded by Fed member Janet Yellen, we have got negative real interest rates. The US and the West had sub-inflation interest rates in the 1970s too, and we got a boom in commodity prices then as well. But with exchange controls now missing from the developed world, "One important point," said Marc Faber:

"Ben Bernanke can drop as many Dollar bills as he likes into this room," he told the LBMA conference in Hong Kong, "but what he doesn't know is what we will do with them. His helicopter drop will not lead to an even increase in all prices. Sometimes it will be commodities, sometimes precious metals, collectibles, wages or financial assets. [More importantly], the doors to this room are not locked. And so money flows out and has an impact elsewhere – not in this room."

That elsewhere has of course been emerging Asia, most notably China (see our video pick of the Top 5 Slides from LBMA 2012 on YouTube for more). But back home, these negative interest rates are forcing people to speculate, to do something with the money, said Faber. These rates artificially low, well below the 200-year average.

That's doing horrible things to the United States' domestic savings and thus capital investment."You don't become rich by consuming. You need capital formation," said Marc Faber. Unlike investing in a factory to earn profits and repay your loan, "Consumer credit is totally different. You spend it once, and you have merely advanced expenditure from the future." 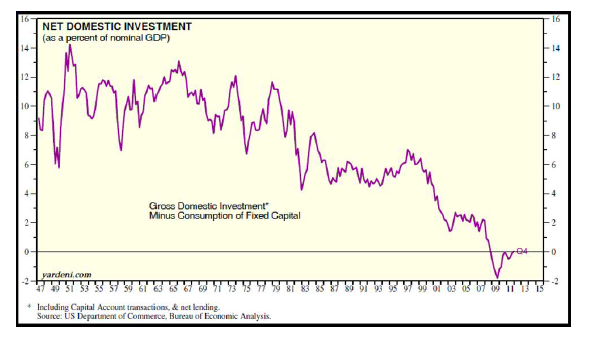 So far, so typical for the doom-n-gloomster. Noting total US debt at 379% of GDP, "if we included the unfunded liabilities then this chart would jump to the fifth floor of this hotel!" said Faber, waving his red laser pointer at the ceiling. After the private sector "responded rationally" to the runaway 20% credit growth of 20% by collapsing credit in 2007-2009, the US government stepped in to take over – and "Government credit is the most unproductive credit of all."

In short, the easy money and bail-outs which got us here – from the Fed's rescue of Goldman Sachs during the early '80s Tequila Crisis in Mexican debt, through LTCM in the late '90s and then the Tech Stock boom and bust – have had serious consequences. "Bubbles are a disaster from a social point of view," said Faber. Looking at his charts of the generational shift in wealth, it would take a Fed voting member to disagree.

"Only at the Federal Reserve they don't eat or drive!" exclaimed Faber as he turned on the central bank's inflation target, produced by "the Ministry of Truth, the Bureau of Labor Studies. It is a complete fraud." But even as the United States' persistently mistaken policies lead to the emerging powers side-stepping it ("We are in a new world. China's exports to commodity-producing countries – such as Australia and Brazil – are greater than its exports to the United States. Exports from South Korea to commodity-exporting countries are greater than its exports to the US and Europe combined!"), there will come a slowdown in commodity demand and leveling off in prices in time.

"I would rather be long precious metals than industrial commodities," said Marc Faber. Which was of course what most people at the LBMA conference wanted to hear. Less welcome was his warning not to hold gold in the United States or even Switzerland. Because "if gold is owned by a minority, then in a crisis the government will take it away." But even Faber said that some of his 25% personal allocation to precious metals is still in his home country, rather than in Asia where he's lived for almost 30 years.

Once the deflationary collapse finally arrives (the impossible question is knowing when, said Faber), there will be great opportunities in real and productive assets. But until then, and as for the Gold Price ahead, "Gold is not anywhere close to a bubble stage," he concluded. And every time he thinks about selling to take profit?

"I keep in my toilet a picture of Mr.Bernanke. And every time I think about selling my gold, I look at it and I know better!"

Want more? See the top 5 slides from the conference as chosen by BullionVault...