END_OF_DOCUMENT_TOKEN_TO_BE_REPLACED

Just what central bankers would wish...
The METALS RATIOS continue to indicate inflation, says Gary Tanashian in his Notes from the Rabbit Hole.
And that is welcome for monetary and fiscal policymakers of course, since inflation is the only trick they have up their sleeve to bail this mess out once again.
This is no comment on Covid-19. The economy was slowly decelerating last year well before that guy showed up.
The yield curve bottomed and turned up in August of 2019 as manufacturing was slipping, long-term yields were tanking and other economic signals were fraying in the wake of the trade war.
So please, no convenient Covid excuses. 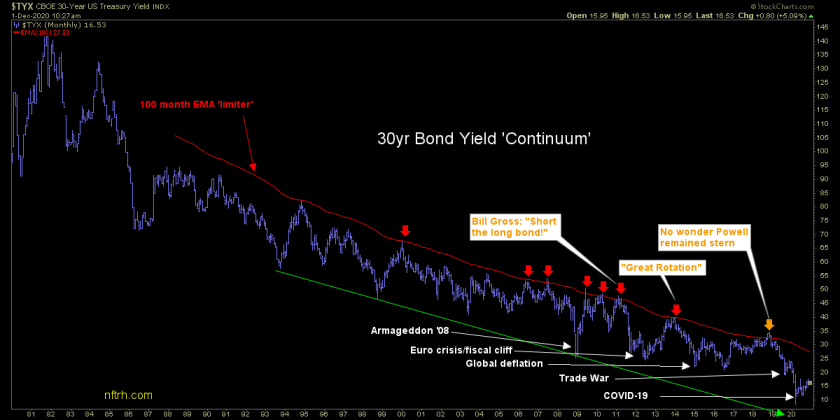 They were preparing to inflate because the Continuum told them to prepare. Covid-19 dropped the final hammer on the situation and brought the inflation on quicker and more intensely than might have otherwise been the case.
So anyway, on to the lovable Amigos. 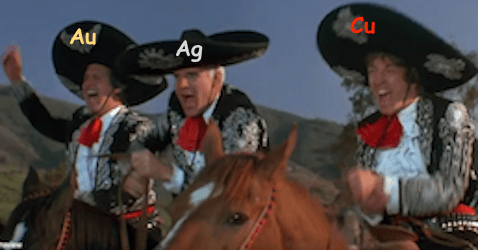 The Copper/Gold ratio is getting hysterical (despite nominal gold's big rally) and overbought on the daily chart. 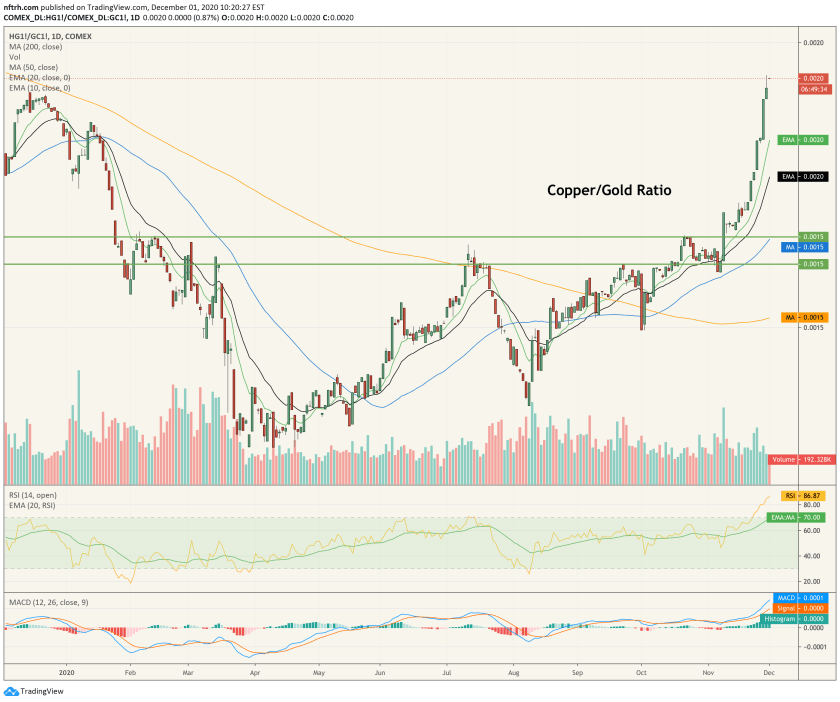 The weekly chart shows the congestion area that could at least temporarily halt the furious climb.
The Silver/Gold ratio has thus far held its breakout through the entire precious metals correction. As it stands now, that's pretty impressive...and still inflationary. Gold is more monetary while silver has more commodity (and thus, inflationary) characteristics. 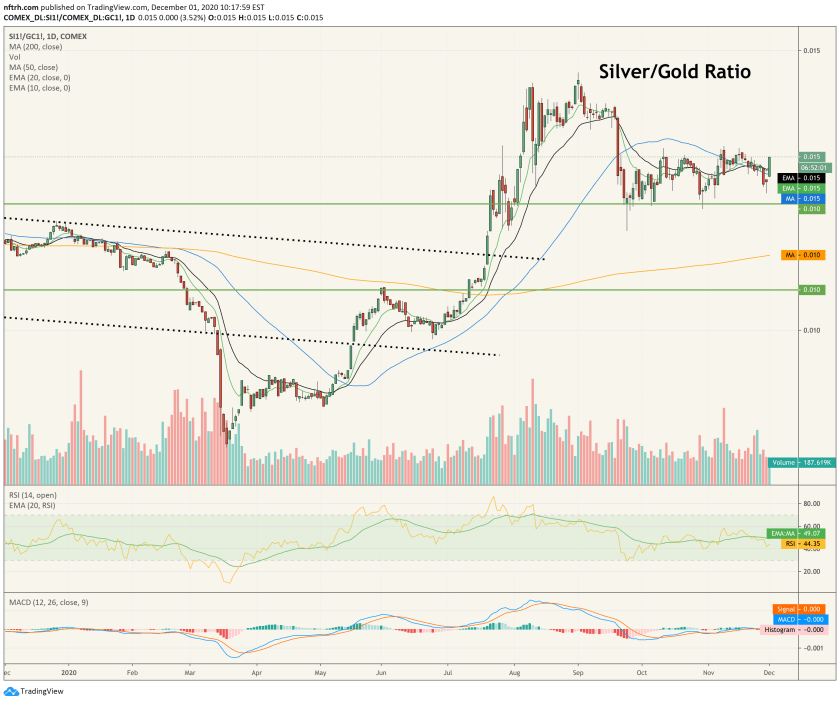 So while Copper/Gold looks like it could blow off and either blow out or correct for a while, Silver/Gold has hung tough. Silver/Gold began to move in early March, before the hysterical rally in Copper/Gold was even a twinkle in the optimistic reflationary market's eye.
It's time to watch the Silver/Gold ratio for new forward indications, and let the industrial metals hysteria play itself out. But make no mistake, Copper/Gold is the tail and Silver/Gold is the dog. Not the other way around.