END_OF_DOCUMENT_TOKEN_TO_BE_REPLACED

Four reasons the Gold Price jumped on the news...

On MONDAY 3 NOVEMBER 2009, the Reserve Bank of India (RBI) announced the purchase of 200 tonnes of gold from the International Monetary Fund (IMF), writes Mike Hewitt at DollarDaze.org.

At $6.7 billion, this represents the largest one-time central bank purchase of gold in recent history, reminiscent of the period of steady US purchases of bullion in the 1930s and 1940s.

India's purchase was an official off-market transaction, but executed at market-based prices averaging $1,045 an ounce, between October 19 to 30th.

The deal came as a surprise to many analysts who speculated that China would be the most likely buyer of the IMF's long-planned bullion sale of 403.3 tonnes. The deal raises India to the twelfth largest single holder of bullion in the world, and the 10th largest central-bank holder. 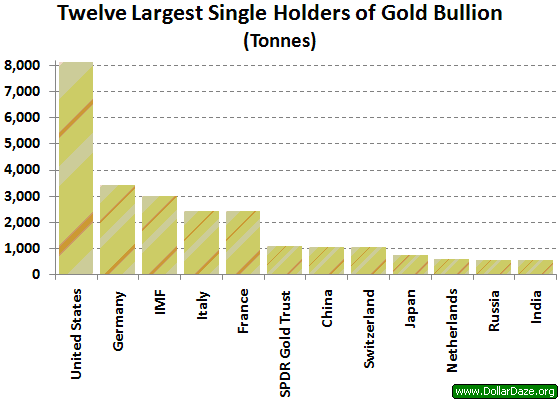 As a nation India is already the largest consumer of gold and in addition to the official gold reserves of the RBI, it is estimated that its citizens own another 15,000 tonnes in private holdings.

India's foreign exchange reserves, held at the central bank, totaled $285.5 billion on October 23, of which gold comprised just over $10 billion. This latest purchase will lift India's share of gold holdings from nearly 4% to approximately 6%. News of the purchase resulted in a sharp lift in the price of gold, bringing it to a new nominal high in terms of US dollars for several reasons:

The speed of India's purchase following the formal approval in September for the IMF to sell a portion of its gold holdings also surprised investors. This event renews confidence in the metal's value and will likely encourage increased participation in the gold market.