We deliver gold coins to UK residential addresses with postage and packing included. We also encourage you to consider owning vaulted gold, because it's usually cheaper, safer and easier for you.

BullionVault is the world's largest online investment gold service. Review our coin prices, and compare with our unbeatable vaulted gold service below. 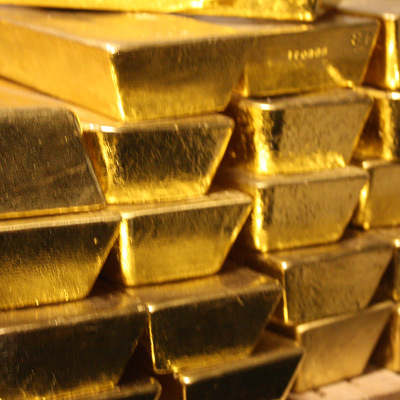 Coins are attractive and easy to gift, but owning gold in the vault fully insured and ready to sell instantly, 24/7, is cheaper, safer and easier.

*We recommend avoiding overall investments below $2,000 (roughly 50g) because the minimum monthly storage charge - $4 (currently about £3.18) for gold and $8 (currently about £6.36) for silver, platinum and palladium - may make your investment inefficient below this level. Find examples of commission and storage fees with our cost calculator.

Central bankers have learned to delay publicising banking system problems until Friday evening, so as to avoid the judgment of the markets for as long as possible. Results of referenda and elections also often come out overnight.

It was at best impractical, and generally impossible, for gold coin buyers to trade during this century’s key news flows:-

The best prices for trading gold commonly occur at these unusual (and volatile) times. BullionVault has proven itself capable of smoothly handling high volumes of online transactions when this has happened.

With vaulted gold you buy real physical gold pre-stored and insured in the professional bullion market vault of your choice.

The best buying and selling prices in the world are available where the liquidity is deepest - on the international physical bullion market. Centred in London, this is where central banks, bullion banks, investing institutions, gold miners and refiners trade what are called "good delivery" bars.

These gold bars are a standard size: 400 ounces (12.4 kg). They are made by accredited refiners and kept in accredited vaults. Their movement, by accredited couriers, is carefully documented.

Because these bars' entire life is auditable, and because they have never been in private hands, a professional buyer accepts them as "good delivery" by the seller. So the seller achieves the international spot market price and gets paid quickly and efficiently. No fake bars have been detected in the good delivery system in living memory. If they were, the bad bars would be replaced for free without question or hesitation.

Coins are not good delivery. They cannot be sold on professional markets because their life history is not auditable and without specialist knowledge and tools it is surprisingly difficult to ever be 100% sure that a coin is pure gold. Though uncommon, fakes certainly exist. Without that auditability buyers will often need to re-refine, and the expense eats into the price you will get when selling.

Although few customers think to ask, when they transact gold coins with a dealer there should be two prices; both a higher buying price and a lower selling price. The trader makes money by buying from a selling customer at the lower price and selling to a buying customer at the higher price.

In professional markets, the customer will always ask for both prices at the same time – before the dealer knows if they are buying or selling. This forces the dealer to keep the two prices competitive (i.e. close to each other) if they are to win any business.

But in retail markets this dynamic disappears, and the difference between the buying and selling price, known as the ‘spread’ becomes large, while very often remaining hidden.

'Commission free' is not helpful if the hidden spread costs many times what an openly declared commission would cost. A wide spread is the key component of lost value for the retail customer who buys and sells gold coins.

Usually a coin shop or website will offer you just one counterparty – themselves. Lacking open-exchange competition allows them to buy from you at low prices and sell to you at high prices. Both buyers and sellers are usually better off when they have the choice of counterparties available on an exchange. Show me BullionVault's exchange.

Government controls have destroyed the plans of more gold coin owners than anything else.

When governments over-borrow (Western government borrowing is now at record levels) and their currencies collapse, those same governments tend to apply strict exchange controls. They almost have to, because otherwise millions of people choose gold and foreign currency over the fast depreciating local one.

Ordinarily, exchange controls will outlaw personal possession and/or free trade in gold, and force domestic trade to be with the government itself, at prices far worse than the world price.

Then the financial protection gold coins should offer at such times stops working. Owning gold coins becomes a frightening liability. Possession of even a modest quantity might well get you arrested were you not to surrender it for official and desultory government prices.

But governments cannot easily control gold which is already beyond their reach, secured in a foreign vault.

Thanks to modern technologies overseas vaulted gold ownership is easier than ever for everyone to access. You can own it as your outright property and store it – safely insured - in a politically stable country whose finances are run on a sustainable and prudent basis.

Overseas storage leaves you able to sell your gold at world prices, and benefit from the full value of what you had so prudently bought.